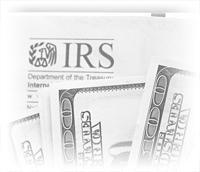 For some clients who have some charitable intent, transferring low yielding, low basis assets to a Charitable Remainder Trust (CRT) can have significant economic and tax advantages.

What a CRT is

Very basically, a CRT is a trust which pays a fixed percentage of the value of the trust assets to one or more people, generally for their entire lifetimes. After the trust terminates, the assets are distributed to one or more charities. Because the “remainder” interest of the charitable beneficiaries can be currently valued, the donor receives an income tax charitable deduction. If the amount of this deduction exceeds his or her current year's charitable deduction ceiling, the excess can be carried over to future years.

The distributions to the individual beneficiaries must be based on a percentage of the trust assets, (at least five percent). Obviously, the greater the annual payout, the smaller the charitable deduction.

There are two basic differences between CRATs and CRUTs. First, the payments from a CRAT are based upon a fixed percentage of the original trust assets. For example, a 5% CRAT with a $100,000 initial amount will yield a $5,000 annual distribution, regardless of the current value of the trust assets. In contrast, the payments from a CRUT are a fixed percentage of the fluctuating value of the trust assets. For example, the same 5% $100,000 trust, if designed as a CRUT, would yield an annual payment of $10,000 if the trust grew to $200,000 and a payment of $2,500 if the trust assets had shrunk to $50,000. The second difference between CRATs and CRUTs is that one cannot make additional contributions to a CRAT, but one may make additional contributions to a CRUT, either during lifetime or by will.

Here are two examples of the benefits of a CRT.

Mr. Blue is 75 years old and his wife is 70. They have no children and wish to both have the benefit of their assets for life, with anything left over passing to charity. They each have stocks and CDs worth approximately $700,000 which are currently yielding an average of 2% and which cost them each $$300,000.

Example: Mr. and Mrs. Blue create an 6% Unitrusts for for themselves and for the survivor of them. The trusts will pay them an 6% return on the fluctuating value of the assets. After both of their lifetimes, the assets pass to charities which thy have selected.

Mr. and Mrs. Blue had been receiving $28,000 a year from their investments, and will now receive $84,000. Additionally, they will be able to diversity their securities holdings and not have immediate capital gain tax exposure. They will probably have a charitable deduction of approximately $266,000 which can be applied against this year's income. To the extent that the deduction exceeds a certain percentage of their current income, that deduction can be "carried over" to future years.

Mrs. Green is 95 years old and has a 65 year old daughter, Betsy and an estate of $5 Million. Mrs. Green wants to leave the “income” from her assets to Betsy and have the assets eventually pass to her favorite charity, the Brooklyn Patriots of Los Angeles (BPLA). Mrs. Green’s assets currently yield 5% per year.

With a $3.5 Million federal exemption, Mrs. Green' estate tax bill for having it her way would be approximately $675,000. After discussing this a bit, Mrs. Green agreed to set up an 5% Unitrust for Betsy, with the remainder to the BPLA. Betsy is guaranteed a 5% return on the current value of the trust assets, with a portion of each payment being a non-taxable return of principal. Were she to die today, Mrs. Green' estate would be entitled to a charitable deduction of $2,280,000.

This is a win for both Betsy and may be a win for the BPLA. Betsy has more income and the BPLA may receive a larger amount, depending on the trust’s investment return.

NOTE: These examples are for illustrative purposes only. The percentage deduction amounts are not exact, and should not be relied upon.

If you are leaving significant assets to charity, you should consider creating a Charitable Remainder Trust. We would be happy to discuss the benefits of these trusts with you.